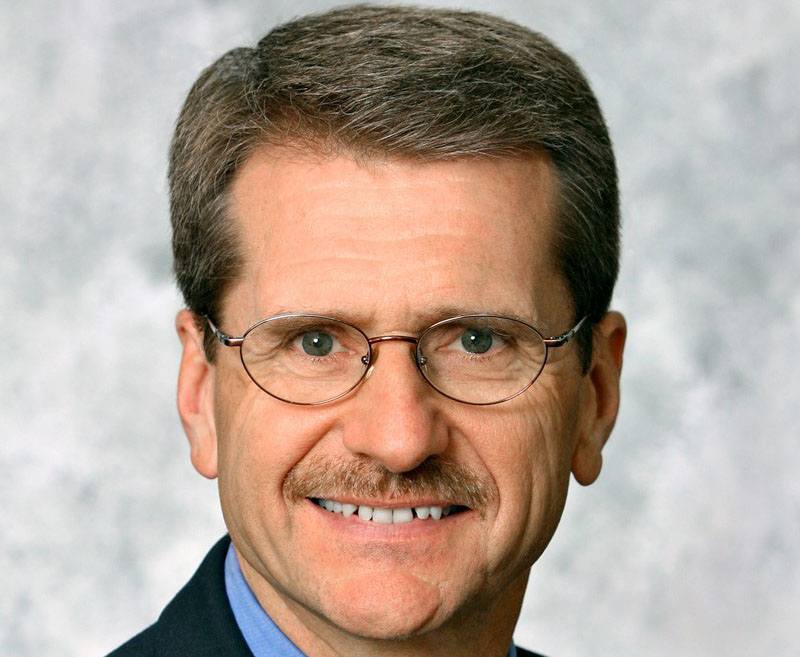 This award is selected by the organization’s past presidents, who noted Chicoine’s numerous accomplishments and vital service to South Dakota, the region and beyond. During his tenure, Chicoine facilitated considerable advancements to SDSU and worked cooperatively with industry to create South Dakota’s first-ever architecture program. Many of the program’s first graduates are now licensed architects.

“All of the design professionals who worked with David would agree that he was engaged and appreciated design excellence,” said Mark Aspaas, AIA, an AIA SD past president and founder of Complete Consulting. “David’s vision and dedication to the profession of architecture will benefit the state for decades to come.”

Chicoine will be honored during the AIA South Dakota Design Awards Ceremony and Dinner, on Thursday, Sept. 16, 2021 at the Ramkota Hotel and Convention Center in Sioux Falls.

Chicoine became the 19th president of South Dakota State University in January 2007, the third alumnus to serve as the university’s chief executive. Accomplishments during Chicoine’s tenure as president included strategic planning, strengthening academic programs, developing new degree programs, growth in research capabilities and expenditures, transformation of the main campus in Brookings, notable success in NCAA Division I athletics, and completion of the largest fund-raising campaign for education in South Dakota history. A native of Elk Point, S.D., he completed B.S., M.S., M.A., and Ph.D. degrees, respectively, from South Dakota State University, the University of Delaware, Western Illinois University and the University of Illinois at Urbana-Champaign.