Drawing and the production of images underpins nearly every effort made as an architect. It is the means by which architects not only describe a concept, but the internal manner in which a concept is initially formulated, and subsequently refined. The ability to think critically through drawing is not exclusive to Architecture, however it is undeniably essential to the broader goal of expressing a proposed thought or idea. Architecture’s reliance on images and drawing conceals a strange consent to the limitations of language. As intricate and expressive as language may be, it can often seem an inappropriate device for describing the subtle complexities inherent in a given concept.  Thus, clarification necessitates an image, a nearly universally-accessible means by which those within, and more importantly apart from the discourse of Architecture can intuit the intentions of the architect. Given the requisite nature of the image as a measure of communication, the fundamental importance of drawing becomes clear. What follows is a brief description of a particular individual whose involvement in the discipline of Architecture helped to advance or elevate the tradition of visual communication, image-making, and drawing.

Born in 1377, Filippo Brunelleschi was a central character in the early years of the Renaissance in Florence.  Remembered today primarily for his design of the dome of the Cathedral of Santa Maria del Fiore, his contributions were not limited to the discipline of Architecture.  Brunelleschi, in his own right, was also an engineer, a sculptor, and a jeweler.  Born into a well-to-do Florentine family, he was given a traditional education in Mathematics and Latin.  The logical continuation of his education would have seen him become a doctor or civil servant, however the young man had a deep fascination for the arts, and implored his father to allow him to apprentice under a goldsmith.  Recognizing this as a potentially lucrative compromise, his father endorsed the impulse, and thus Brunelleschi set about on a trajectory which would culminate in his recognition as a founding father of Renaissance Architecture.

At the age of 25, Brunelleschi set off for Rome with his friend, the sculptor Donatello.  The two young men belonged to a growing fringe of intellectuals and artists who revered the expressive art of Greco-Roman antiquity above the flat and static quality indicative of the Medieval tradition they had inherited.  Implausible as it may seem, few scholars before Brunelleschi had sought to produce a visual record of the remaining traces of the cultural empire, then existing in the form of dilapidated ruins.  This would prove to be a challenge uniquely suited for the young Brunelleschi.  However, despite his passion for the task at hand, he became increasingly frustrated at his own inability to accurately represent the subjects of his study in a satisfactory manner.  This obstacle would become the inceptive antagonist in the eventual development of linear perspective as a means of accurately depicting elements of a three-dimensional world, onto a two-dimensional surface.

Historically, the challenge of imbuing art with perspectival accuracy was not viewed as a problem of much urgency for artists preceding Brunelleschi.  In ancient artistic traditions, the representation of elements and figures in proportion to each other were often scaled according to their perceived spiritual significance, such as the case in surviving Egyptian art.  Cosmological hierarchy and narrative importance took precedence above any compulsion to portray a given scene with a degree of visual precision.  Nevertheless, historians are technically obliged to credit Brunelleschi’s development of linear perspective as a, “rediscovery,” as evidence exists to suggest a similar mechanism was employed in the design of theatrical backdrops, used in the plays of Ancient Greece.  In his philosophical treatise on dramatic theory, Poetics, Aristotle describes the convention of skenographia, or the use of intricately painted panels for the purpose of imparting the illusion of depth.  Apart from this exception, an interest in representing depth with any real measure of accuracy would remain relatively dormant until the 1300s, when painters such as Giotto and Duccio began to portray figures as three-dimensional forms, rather than flat projections.  Despite these attempts at realism, the environmental context in which the figures were placed invariably failed to impart a feeling of believable space.  As the 1300s gradually gave way to the inception of the early Renaissance, a pervading artistic culture of logic and accuracy implicitly implored a means of correcting this hitherto uncorrected solecism.

Against this backdrop of an increasingly insistent demand for rational representation in art, the timing of Brunelleschi’s development of linear perspective was symbolically auspicious.  Brunelleschi would exhibit the results of his investigation most dramatically in his representation of the Baptistery of San Giovanni, in Florence.  Central to the mechanics of linear perspective, Brunelleschi employed the use of a consistent horizon-line, located at the viewer’s eye-height.  Along this horizon line, he established a vanishing-point, from which all orthogonal lines converge.  Using these elements as a framework, he was able to construct an unprecedentedly accurate drawing of the baptistery.  In order to substantiate the validity of his method, Brunelleschi devised a surprisingly simple, yet effective experiment.  Standing at the threshold of the entrance to the Cathedral of Santa Maria del Fiore, he placed the drawing between himself and the baptistery beyond.  A small pinhole was drilled through the center of the drawing, from which he could peer through to the architectural subject.  He then positioned a mirror slightly beyond the drawing, so that its reflective surface was oriented towards the drawing in front of him.  By modulating the distance between the mirror and the drawing, he was able to verify the accuracy of his perspectival technique.  The experiment confirmed the reality of what was in front of him, and consequently the legitimacy of the system he had developed.

This experiment had an immediately profound influence on the work of Brunelleschi’s artistic contemporaries.  Nearly all paintings produced after the 15th century would employ linear perspective to some extent.  Several decades later, Alberti would codify the results of Brunelleschi’s method in his book, De Pictura, which served as an instructional manual in the use of linear perspective in painting.  Although the efficacy of this method had pervasive significance throughout Italy, its impact can be observed most appreciably in the work of artists such as Masaccio, Andrea Mantegna, and Piero della Francesca, who were some of the first to begin integrating linear perspective into their paintings.  Despite the conspicuous mathematical value linear perspective imparted to the realism of given scene, artists such as Leonardo da Vinci were quick to realize the subjective emphasis it could place on elements within a composition.  Such is the case in The Last Supper, in which the use of linear perspective almost hypnotically guides the eye to the central figure of Christ.  This represents an expressive adaptation of the mathematical mechanics of linear perspective, for the purpose of emphasizing the divine.

Brunelleschi’s rediscovery of the internal mechanics of linear perspective not only served as a means by which he could accurately record the subjects of his architectural research, but also represented a fundamental shift in the way artists and architects represented space.  Drawings are the primary vehicle by which architects communicate ideas, and are therefore the mediation device between the realms of the imaginary and the physical worlds.  In his efforts to develop a more accurate means of illustrating the world around him, Brunelleschi is credited with one of the most significant advances in the pursuit of expression and representation. 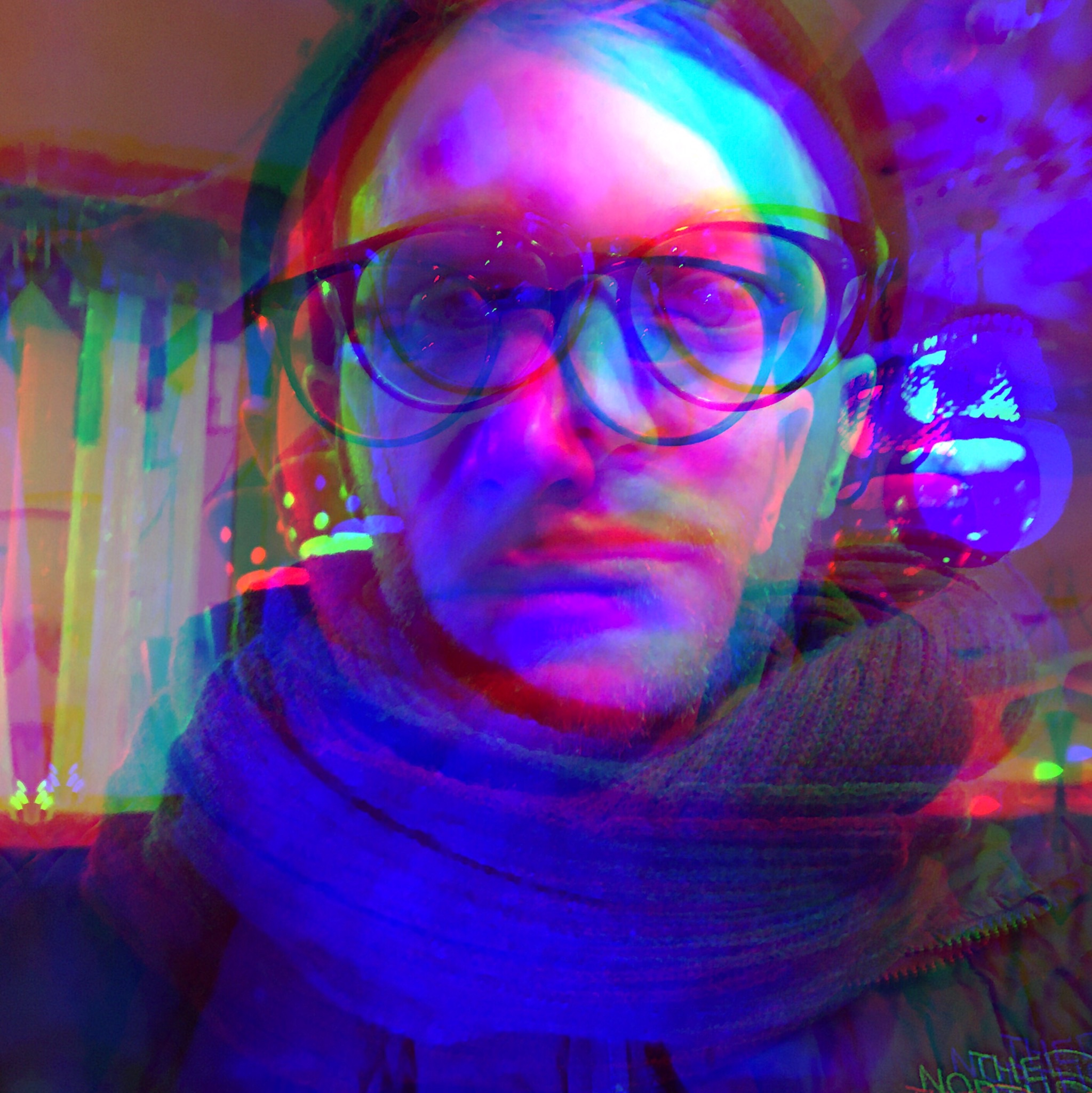 One Reply to “The Legacy of Images; Pt. 2-Filippo Brunelleschi”