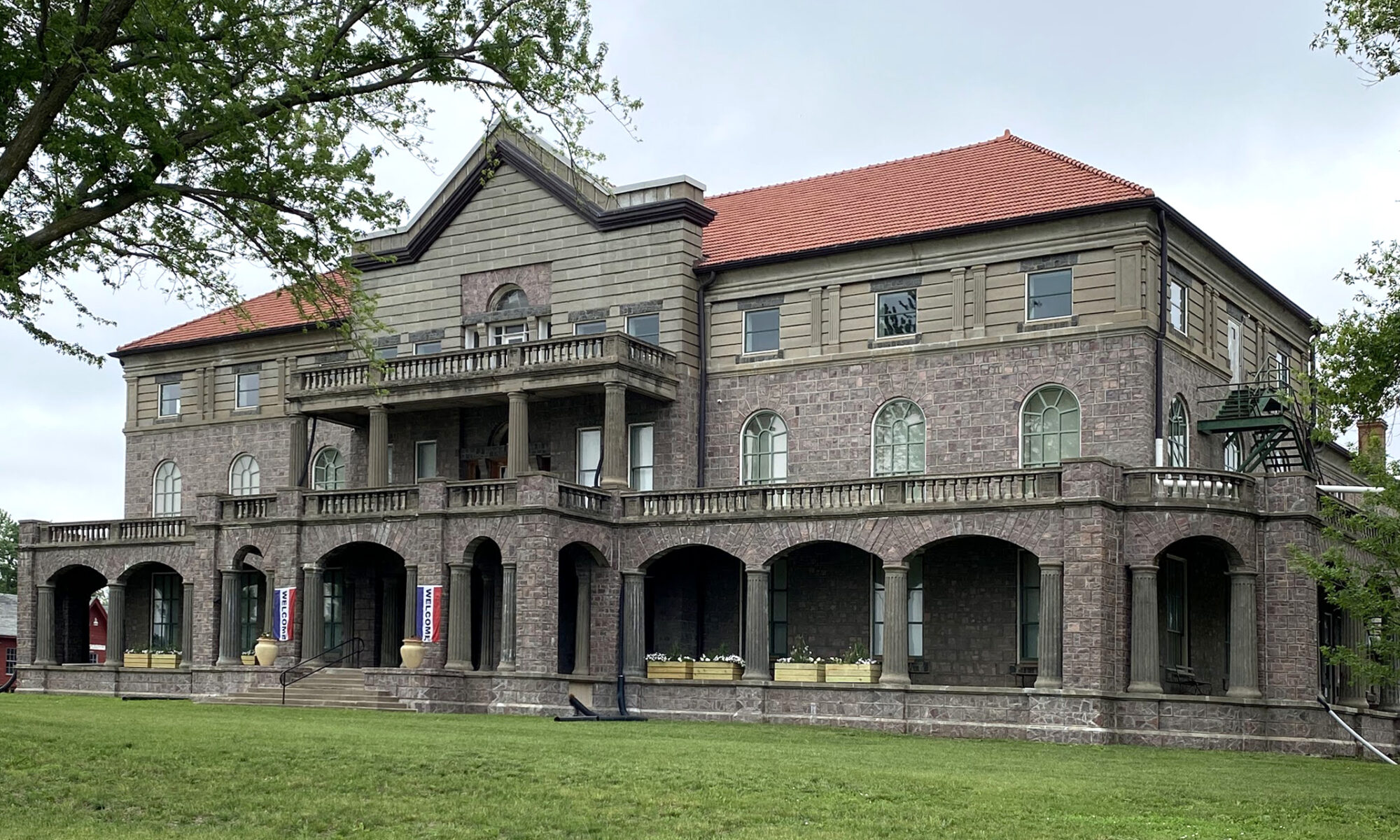 Not all great historic buildings can be saved for their original purpose.  Sometimes they are vacated due to new ownership, sometimes they become too small and many have accessibility issues.  When a building is remodeled for a new purpose, architects call it adaptive reuse.  Buildings that cannot find new uses are often abandoned and eventually torn down even if they are on the National Register of Historic Places.

Yankton is the home of the Human Services Center, a mental health facility.  Started in 1882 as the South Dakota State Hospital for the Insane, the facility grew to many buildings over the years.  In 1980, the entire Human Services Center was placed on the National Register of Historic Places with 18 buildings being cited as especially significant.  In the first half of the 1990’s new facilities were built to meet the treatment program philosophies popular at that time. Many of the historic buildings were no longer needed and abandoned.

In 2009, the group of buildings made the the National Trust for Historic Preservation‘s  list of America’s Most Endangered Places. The listing said in part “Founded in 1879 as the South Dakota Hospital for the Insane, the institution’s collection of neo-Classical, Art Deco and Italianate buildings have long stood vacant, and the state plans to tear down 11 of them.”  Last year, in this blog space, we talked about the demolition of historic Dakota Hall on the campus of Redfield’s South Dakota Development Center, which provides services for people with disabilities.  In both these locations, it is difficult to find new uses for these buildings because of the need to protect the privacy and well being of the people being served on these campuses.

So, 11 buildings were lost but an important one was saved.  Recently, I was able to make a visit to the Mead Building which is now the Mead Cultural Education Center run by the Yankton County Historical Society.

Sometimes it only takes one person to bring significant change.  In this case it was Dr. Leonard C. Mead.  Dr. Mead was originally from Wisconsin but opened a practice in Elk Point, South Dakota.  He was so well regarded that he was appointed superintendent of the Human Services twice: 1891-1899 and 1901-1920.  Dr. Mead was a visionary and very progressive in his approach to mental health care, believing that serene surroundings could help mend the mind.  He also dabbled in architecture. He combined his two interests in a building intended for women patients.  It is quite beautiful, built in a Renaissance Revival style with wide verandas, large windows and delicate stenciling but the most dramatic feature is a sweeping double staircase in white marble.

Mead’s desire to see more and better buildings on campus was also a response to tragedy. In 1882, years before Mead came to Yankton, a fire in the institution’s original and overcrowded wooden building killed five men. When Mead took over as superintendent in 1891, the institution’s buildings were still overcrowded and unsafe. in 1899, 17 of the women being housed in a building known as the laundry cottage we killed in a fire because the doors were locked.

Dr. Mead and other superintendents had been begging the state legislature for more money to build larger, better facilities. Immediately after the 1899 fire, the legislature finally funded projects and passed bills calling for fire-resistant construction of state buildings.

The building is now a cultural center and museum.  Many funding sources and much effort were needed to restore the building to its former glory.  One exhibit shows the building being constructed.  Dr. Mead had concrete blocks made on site to save money.  They resemble Sioux Quartzite, a prized local stone, but, indeed, only have small pieces of quartzite on the face of the concrete block.  When paint was removed, lovely ceiling stencils emerged and have been carefully restored.   They also made their own terrazzo.

There are permanent exhibits showing progression in the treatment of mental health and life as a resident nurse, but there are also seasonal exhibits.  I saw a collection of outboard motors and an exhibit celebrating the 100 anniversary of the local radio station, WNAX.  The building also houses the offices and collections of Yankton College, the first institution of higher education in the Dakota Territory. Their historic campus is now the home of a federal detention center.

There is more work to be done.  Repair is planned on the concrete verandas and there is a Heritage Park being developed on adjacent land, with many historic frame buildings being moved onsite. But the showpiece will always be this great example of adaptive reuse and its stunning staircase.

All Photos by Sandra Lea Dickenson, AIA Emeritus with permission of the Mead Cultural Education Center