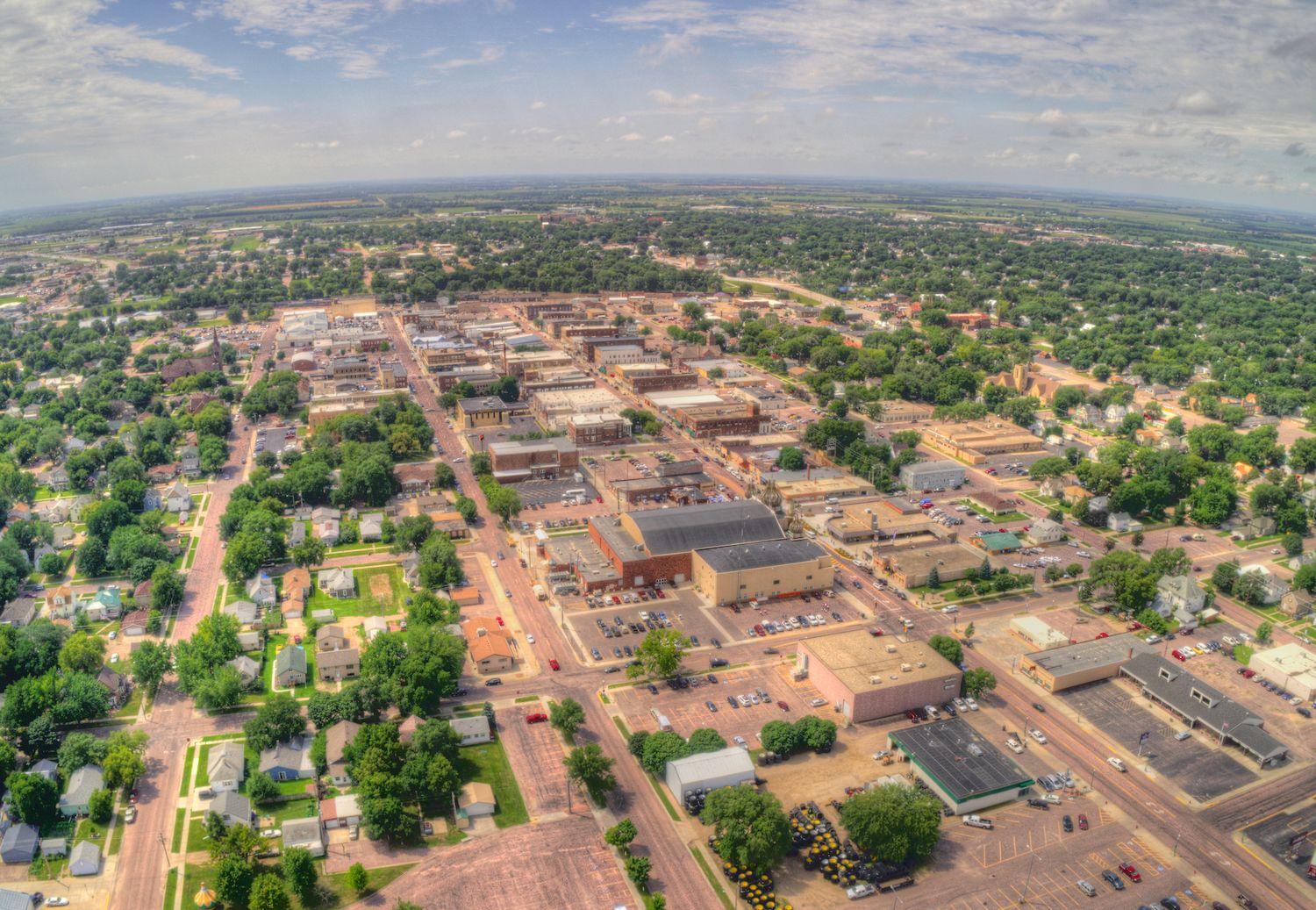 Mitchell offers the best of small-town living, family centered amenities, and a broad array of attractions and activities. With a population of almost 16,000, it is the 6th largest city in SD. Mitchell is the primary hub for many surrounding small towns which adds an additional 6,000 people to it’s micropolitan population.

1. Corn Palace – This structure is over 100 years old and draws roughly 300,000 visitors to the City every year. The facility is still used extensively for sporting events and concerts. This icon has stood the test of time, yet it is continually changing as well. The architecture, colors, murals, and community purpose continue to evolve.

2. Lake Mitchell – Mayor Everson enjoys outdoor recreation. Lake Mitchell affords area residents a variety of outdoor activities, biking, hiking, fishing, and boating- to name a few.  The lake has had issues with algae blooms in recent years, but the City is working on plans to correct the issues and improve water quality.  Over 75% of the lake is public land, affording a great deal of opportunity to use the lake and take in picturesque views.

3. Cadwell Park – The park is home to Cadwell Stadium, one of the largest baseball fields in South Dakota, if not the United States.  The field has a home run fence that is 340′ down the right and left field lines and 420′ to straight away center field, letting baseball be played as it was intended.  The park also has two 4-plexes for softball and three smaller diamonds for younger baseball and softball players.  One of the smaller fields being “The Field of Dreams” for young baseball players.  The field is a miniature version of a big league field with raised pitcher’s mound and a grass infield.  The park also houses an ice arena for figure skating and ice hockey as well as an open area for football and soccer.

4. The Western Building on 4th and Main Street – While Mitchell’s downtown is a work in progress, one of the oldest buildings was given new hope recently and is being renovated to give it new life.  It is the tallest building on Main Street and has a storied history.  It fell into disrepair and was recently purchased when an out of town visitor took a liking to it and began renovating it into apartments on the upper three floors and a retail space on the main level.  It is a beautiful building that was in much need of tender, loving care.

5. The Oscar Howe Center – Once the City Library, the building is now home to the Historical Society in Mitchell.  Mayor Everson remembers going to the building as a child and checking out books.  It sports a dome that was painted by Yanktonai Dakota artist Oscar Howe and houses numerous pieces of Oscar Howe art work.

The City faces many challenges. Lake Mitchell, which is within the City limits in the Northwest corner of town has water quality issues. The lake is served by a 350,000 acre watershed, which is mostly agricultural, and has been tagged as impaired by the EPA. The City is currently exploring options for improving water quality, this will likely mean dredging roughly 2,000,000 cubic yards of material out of the bottom of the lake. We also are working with upstream entities to improve water quality in Firesteel Creek, which feeds Lake Mitchell from as far away as Wessington Springs 40, or so, mile Northwest of Mitchell.

Mitchell is also challenged with trying to improve our downtown business district. Like a lot of cities in South Dakota, our downtown needs some revitalization. Recently the Western Building, the tallest structure on Main Street, other than the Corn Palace, was purchased and the new owner began renovating the building into apartments and retail space. We hope this is spark that ignites more improvements to our Main Street area. Finally, we need to address our “gem” the Corn Palace and try to make it a destination for entertainers, and enhance it into a lace tourists want to visit again to see the changes. We can also increase free floor space to bring more “off season” events to town, in hopes of filling restaurants, hotels, and retail shops.

Mayor Everson moved to Mitchell when he was 4 years old. He grew up here and graduated from Mitchell High School. He attended SDSU before enlisting in the US Army for 4 years.  After discharge from the military, he returned to SDSU and earned a Bachelor of Science in Mechanical Engineering.  He proceeded to work for the Department of Veteran’s Affairs as a project resident engineer in Salt Lake City. After 4 years, he was transferred to Sheridan, WY.  Everson left the VA to return to Mitchell in 1991 as a design Engineer for Roby, Quintal and Everson. He is currently a Vice President at RQE. In 2018, he ran for Mayor and was elected. In 2021, he ran for re-election and is currently in the first year of his second term.

Sienna Wegehaupt, AIA, NCARB is the Lead Architect at Puetz Design+Build in Mitchell, SD and a member of the AIA South Dakota Board of Directors. She received her B.Arch from South Dakota State University in 2014 and her M.Arch from the University of Minnesota in 2016.

One Reply to “Cities We Love: Mitchell”