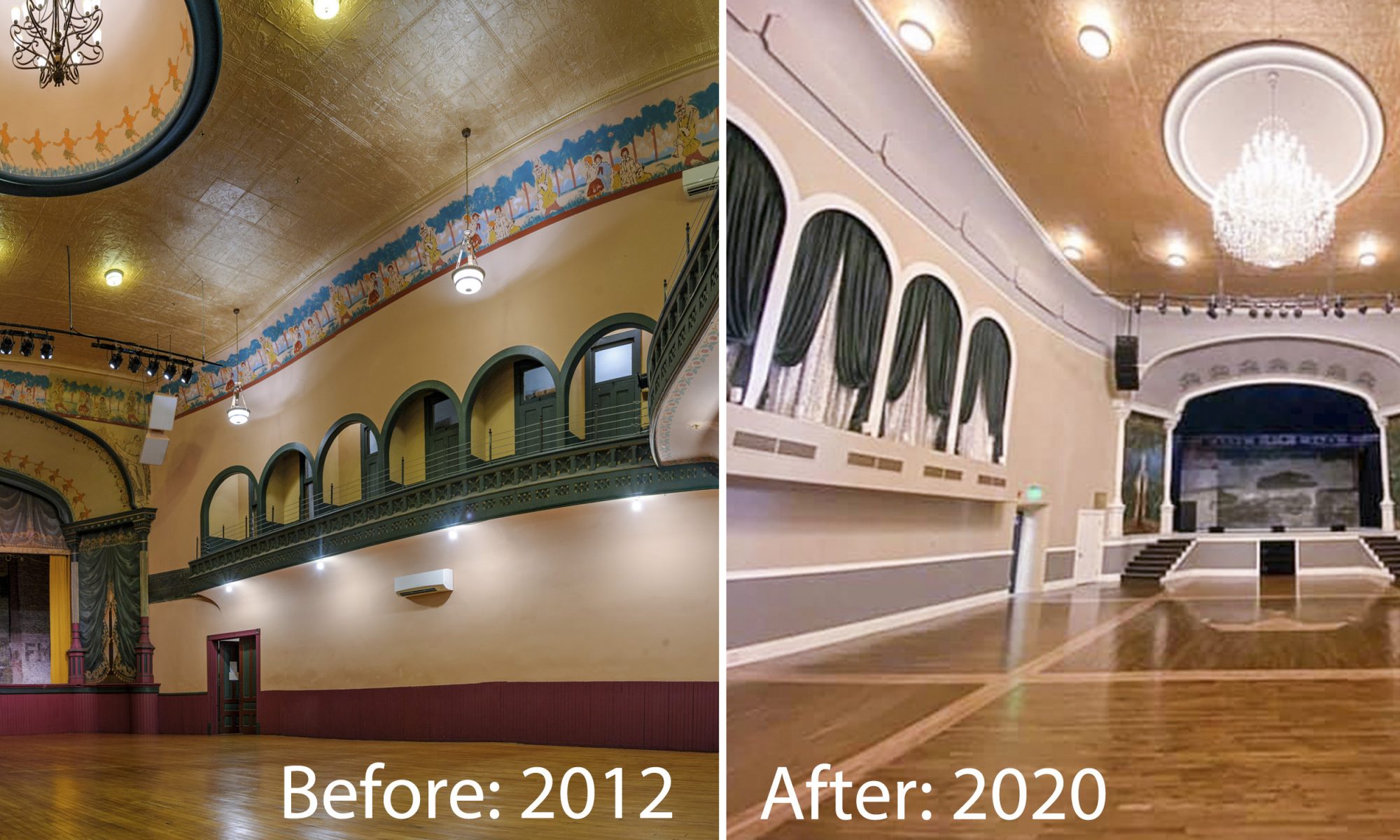 Every once in a while, we as Architects become involved in a project that changes our perspective on the value of somebody’s passion for a project, and how it can push an idea into fruition.  For me, this happened in the summer of 2019, when a phone call from an unknown home-town number popped up on my cell phone.

My perspective was changed by a 130 year old building sitting on the corner of Kemp Avenue and Maple Street in Watertown, South Dakota…The Goss Opera House, which first opened its doors in 1889. During its 130-year existence, it has hosted internationally recognized exhibits, renowned theatrical and musical performances, and a multitude of community events. Unfortunately, the Goss couldn’t recover after the blow from the Great Depression, and sat vacant for many decades starting in the late 1950’s.  Revitalization work began in 2007 under previous ownership, but costs for the extensive repairs caused by long-time neglect eventually lead to the closure of the building.  Thankfully the story didn’t end there.  The Friends of the Goss Opera House, a non-profit foundation, was created for the sole purpose of purchasing and rescuing the building located in Downtown Watertown, and purchased the building from its previous owner on December 31, 2018.  In July of 2019, I was contacted by then Friends of the Goss Opera House board Executive Director, Missy Sinner, to assist the organization with their vision. Being a native of Watertown, I was keenly aware of the history of the building, and the value it held as a monument to downtown Watertown.

On July 5th, 2019, I met with Missy and board president, Milt Carter, to take a tour of the building.  Even as the building sat in a serious state of disrepair, I couldn’t help but get more and more excited with their vision of what they saw for the space.  The building had a history that deserved to be revived and appreciated.  As we made our way through each space, I knew it would be an honor for our firm to assist with designing and documenting the vision in order to breathe new life into this building.  With that said, I’ve sat by and watched many projects like this lose steam and limp to the finish line, never quite realizing the dream of its owners when the project started.

This project was different. Through the relentless work of Milt, Missy, the board of directors, and the countless citizens of Watertown and the region, a buzz was created that would push the fundraising efforts of the revitalization well past the board’s established goal.  Soon, wish-list items that seemed out of reach became a realistic option for creating a first-class space everyone had hoped that it would be.

Our firm’s hard work soon became the necessary behind-the-scenes work that was required to pass through City and State review, as more and more people jumped in to lend a helping hand on the project.  Through the sheer determination of a handful of passionate people creating excitement and buzz for the revitalization efforts, the project crossed the finish line stronger and more beautiful than any of us could have ever imagined.  Kudos to that small group of people who never gave up on one of Watertown’s beautiful downtown Gems.  The next time you pass through Watertown, I suggest you grab a bite to eat at Mavericks, buy some gifts at Dustin Sinner Fine Art, and take in a show while you’re there!  You won’t even have to leave the confines of the Goss to accomplish all three!

Justin Oleson, AIA, is an Architect and Vice President at RSA in Sioux Falls. He graduated from North Dakota State University in 2006 with a Bachelor of Architecture degree.  He was born and raised in Watertown, South Dakota, and enjoys frequent visits back to enjoy the outdoors that the area has to offer.  He resides in Sioux Falls with his wife and three children.