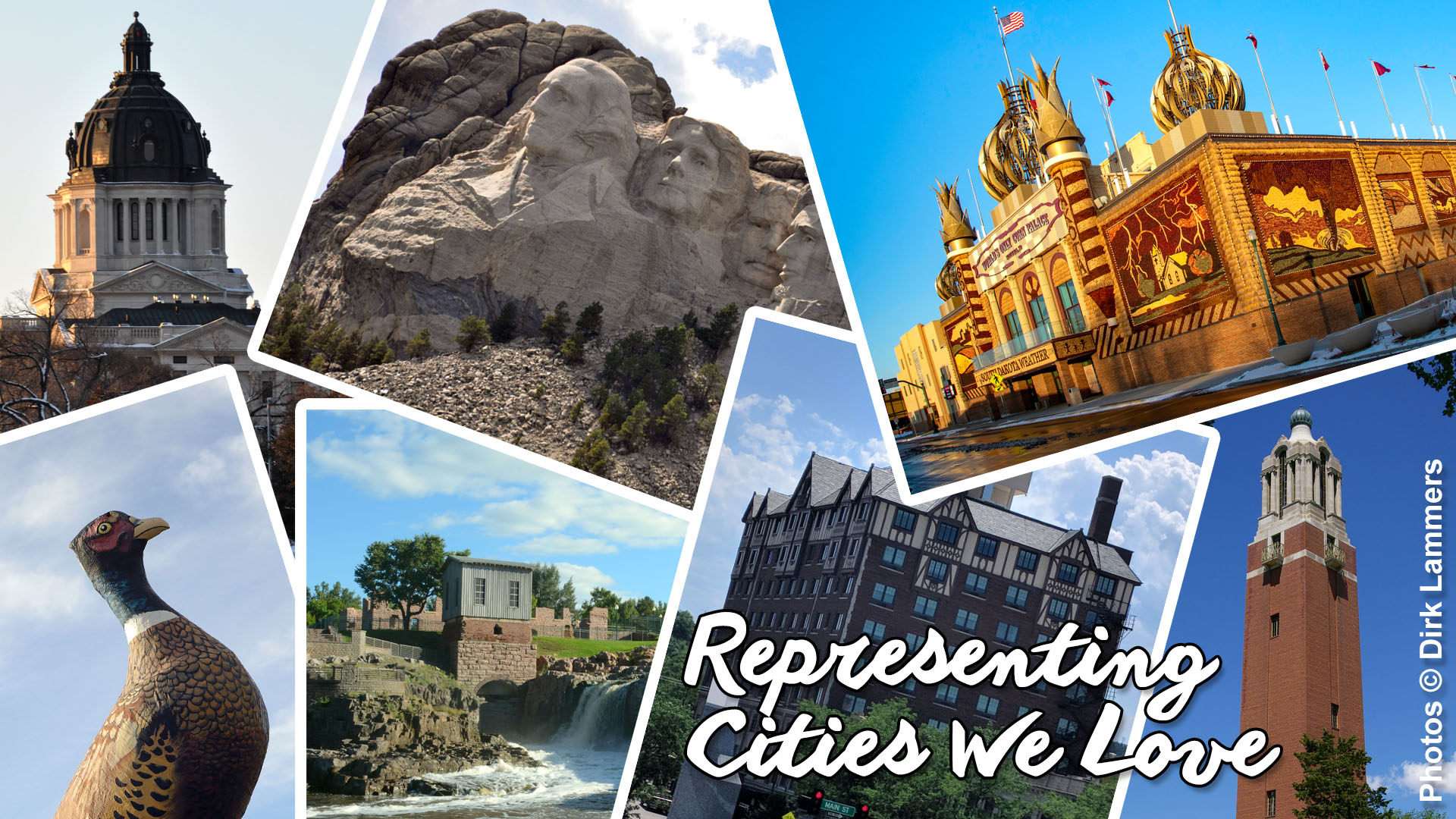 This is the inaugural post of series in which we ask community leaders about the community they live in and share their answers with you. We read what their favorite spaces are in the city and why and what issues their city faces from their point of view. Our goal is to get a sense of South Dakota and the cities that make it up. We hope to have a variety of cities and perspectives of the same cities. By engaging community leaders, designers and communities can see the spaces in a city from a different point of view: the people that are making decisions and representing you.

Today, we take a look at Rapid City, SD in Pennington county. A city with an estimated population of 77,525. Established in 1876, Rapid City is known as the “Gateway to the Black Hills” .

Over the last two years, the City of Rapid City has been collaborating with JLG Architects and Perkins & Will Architects to create an architecturally-sound and visibly-pleasing showpiece of our community that will stand for decades. The facility will be representative of our current economy, culture, creative faculties, technological capabilities, and our future predictions of community needs. This community showpiece we have all partnered on is the greatly anticipated Rushmore Plaza Civic Center Arena, which will soon be known as the Monument Arena. Nearly 50 years ago, voters approved of building the Rushmore Plaza Civic Center, which included the Barnett Arena; however, over five decades, the Barnett Arena has become obsolete for modern-day needs, design, and safety requirements.

With our obsolete arena, we are unable to attract a number of popular entertainment opportunities that our neighbors within a six-hour driving distance are able to attract. As these shows pass us by, we are losing out on revenue and sales tax proceeds that would have a ripple effect into the other industries in our community. Our current Arena has a tired appearance, limited seating, egress safety concerns, a low ceiling height that is incompatible with today’s requirements, the inability to be ADA-compliant, and many more industry-specific deficiencies. Thankfully, our new arena has been designed to address the deficiencies of the Barnett Arena and offer popular amenities, while also forecasting for future trends and expectations. This new component of the Civic Center campus will be both highly functional and aesthetically-pleasing.

At present, this project taking shape. The walls are going up, excavation for the loading dock entrance and ramp are nearing completion, while utilities are being rerouted and installed. With the arena located directly to the east of one of our two high schools, having schools closed for the last several weeks has actually allowed work to be completed ahead of summer completion dates. Although the team is not yet to the point of interior construction, they are currently locking in design choices and putting together bid packages for those. While this might seem early in the project, it is allowing us to stay true to our budget. The interior design is of particular interest to me, as we will be able to highlight different aspects of our local culture and region in these items and displays.

As all of the exterior and interior pieces of this project come together, our residents are truly excited for what this will mean to our community. This new piece of the city’s downtown and Civic Center campus is far more meaningful, integral, and prominent than standard City projects. A project of this magnitude at the Civic Center (Monument) will likely not be voted on again until our present-day preschoolers are well beyond voting age. As the City of Rapid City continues to partner with JLG and Perkins & Will Architects over the next 18 months, we will continue to put our trust in their ability to create and execute a design that will enhance the quality of life for our residents, our visitors, and our future generations.

Steve Allender is a native of South Dakota, who was raised in a military family. After his father retired from the Air Force, his family moved to Belle Fourche.

Steve began his career in law enforcement in 1983 at the Belle Fourche Police Department. In 1985 he transferred to the Rapid City Police Department, where he spent 29 years with the force, and eventually retired in 2014 as Chief of Police.

In June of 2015, Steve was elected Mayor of Rapid City. He is currently in his third term as mayor.

Steve holds a bachelor’s degree in management, and he also attended the FBI National Academy in Quantico, Virginia. He is married to his high school sweetheart, Shirley. Together they have two adult children, and they are grandparents to two beautiful little girls.

Are you/do you know of a leader that loves their community? We want to hear from you! Send nominations and contact information to contact@aiasouthdakota.org. Representing Cities We Love is a series that explores the cities in South Dakota from the perspective of the leaders that live there.

One Reply to “Series: Representing Cities We Love”