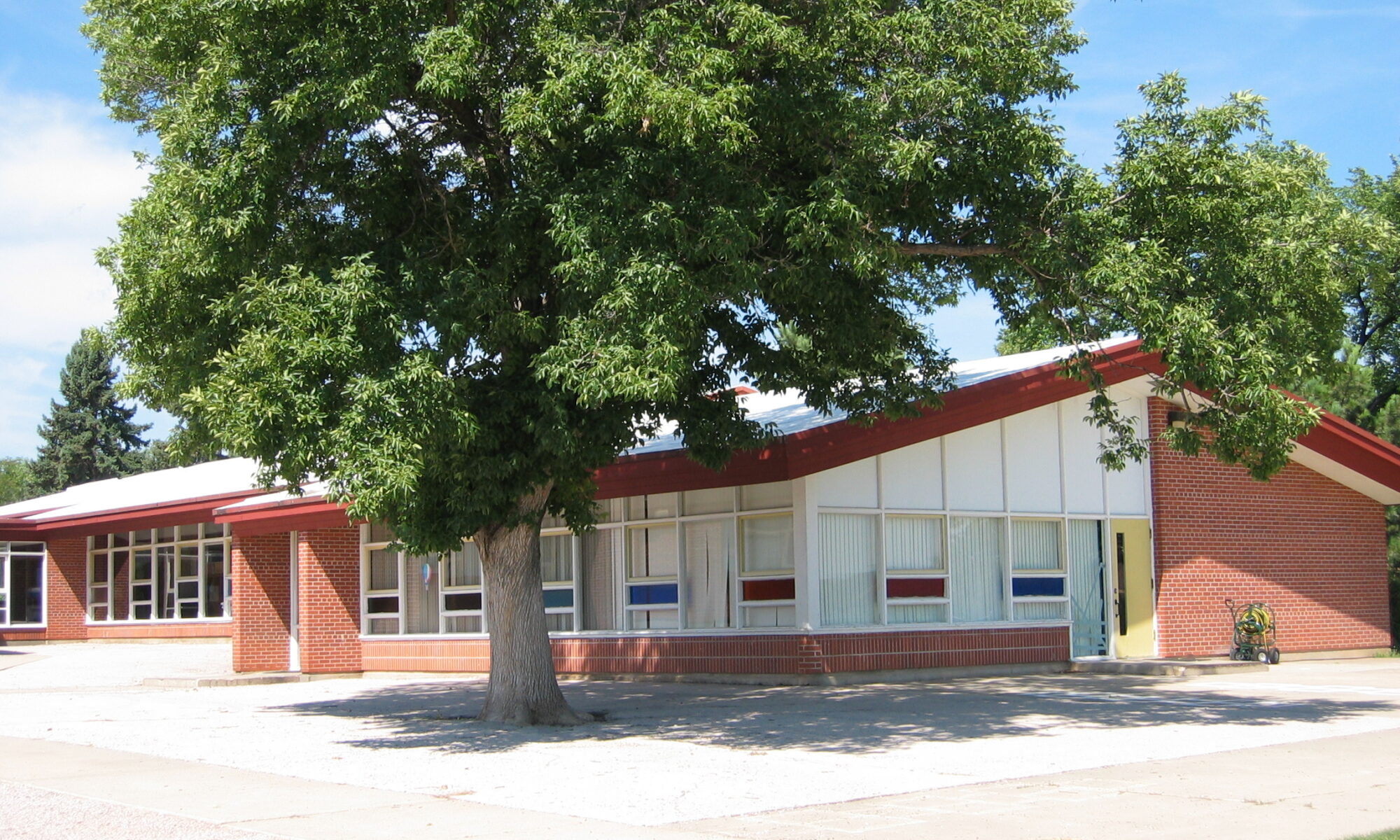 Good news for Architects: The Architect’s Billing Index is way up.  Things are getting busy.  Before we jump into a design boom, maybe it is worth asking, “have we seen this before?”. The past is prologue after all.  Perhaps it is because it is that time of year when my household is focused on school ending for the summer or perhaps it is because at work, we are focused on a deluge of school design projects but a recent essay on Postwar School Architecture by Vantage Point Services struck me as particularly interesting.

The Rapid City Historical Commission enlisted the services of research experts Vantage Point Historical Services over a 3 year period between 2019- 2021.  The ambitious goal was to explore and present a series of interpretive essays concerning the history of Rapid City to better inform the commission as to the meaning of “historically significant” within the context of Rapid City. These essays were investigations associated with landscape and built environment from the postwar era, approximately 1946-1971. This work was part of a larger project to update Rapid City’s Preservation Plan and Historic Context Document. Due to constraints such as time and money (thank god for constraints) Vantage Point Historical Services worked with the commission, which includes architects, to define key areas to focus on.  While by no means exhaustive, the topics are a valiant cross-section of key forces and events that have shaped Rapid City’s past.  The essays, including the one on post-war schools, are available online at www.picturercpast.com/about.html. As a member of the commission, I was privileged to review the draft essays and found them riveting. (I have a personal goal of memorizing the final product so that I may enjoy riding the City Trolley in my free time and expounding to unsuspecting and soon to be grateful strangers.)

We are on the verge of a school building boom, or already in one.  Vantage Point confirmed that Rapid City shared in the trend that happened nationally due to the baby boom following World War II.  “What was it like last time?  How did we get here?  What, if anything, might we learn to help us understand what we about to go through?”  I think the value of these questions apply both to a Historic Preservation Commission’s ability to judge significance in past structures as well as for architects about to face a similar trend.  I will attempt to sum up two of my main take-aways below; beginning with a construction boom’s impact on the public’s willingness to pay for it.

In Rapid City, we are facing a question of passing a public bond to fund needed new schools and replace others.  At the same time, we are seeing an influx of money to schools from the Federal level.  From Vantage Point’s essay, we learn that of the approximately 23 facilities currently in use by the Rapid City Area School district more than 60% were built during a construction boom in the postwar period (1949-1969) which translated to a new school facility approximately every two years.  If one includes the additions that they had to do to recently completed projects, the school district was undergoing major projects almost every year for approximately 20 years.  For as long as the rise of students remained a flood, the public remained seemingly willing to pass bonds, supplemented with some Federal funds, to finance school after school.  Such a manic pace would be hard to maintain and even before the baby boom subsided there were concerns about sacrificing quality at the expense of schedule and about rising costs due to a nation-wide building boom.  The public also grew frustrated that recently completed buildings had to have work done to fix problems arising from haste.  Some of those problems arose from lower standards of craftsmanship to meet schedule, while others arose from facilities becoming overcrowded as soon as they were complete.

When the baby boom did start to end, it was increasingly unlikely that a bond in Rapid City could get passed.  The pendulum of public opinion had swung in the opposite direction across the nation.  While enrollment did not again reach the heights seen in the boom years of the postwar period, it did not die down in Rapid City.  But for the next three decades starting in the 1970’s, the lingering after-taste of so many bond issuances forced the school district to rely on solutions like annex buildings that made cost savings a priority over quality and durability.  Put in this context, Vantage Point’s essay helps us understand part of why we as a community are now being asked to consider funding new school projects.

The postwar schools also had an important impact on city planning.  The school district complained at the height of the baby boom that it had no idea and no way of knowing where families would settle once they moved to Rapid City.  In retrospect, they may have guessed – because the new schools became the nucleus around which new neighborhoods began to form.  From a Historic Preservation standpoint, a rule of thumb of the age of the residences in a neighborhood can be estimated from the age of the school in the center of it. The new schools attracted new residential developments around them.  Schools then, as now, were used by the community after the school-day is done.  It is essential to remember the impact that the individual schools have on their immediate, adjacent neighborhoods when it comes time for the next round of new schools.  To borrow from lyrics popular in the postwar era, “you’ve got to accentuate the positive, eliminate the negative” when it comes to the impacts on existing and future Rapid City neighborhoods following the next round of school building.

Thorstenson is a Project Manager and Architect in Sioux Falls, SD acquiring experience in design of K12, institutional, commercial and mixed-use projects.

With experience in city planning, contractual approvals, ordinance creation and enforcement, financial management and city growth incentives, she serves on the Accessible Housing Advisory Board for Minnehaha County and the City of Sioux Falls. Thorstenson was also the elected mayor for the City of White.

A native of Washington State, she lives at Wall Lake with her husband Kory and daughter Aleigh.