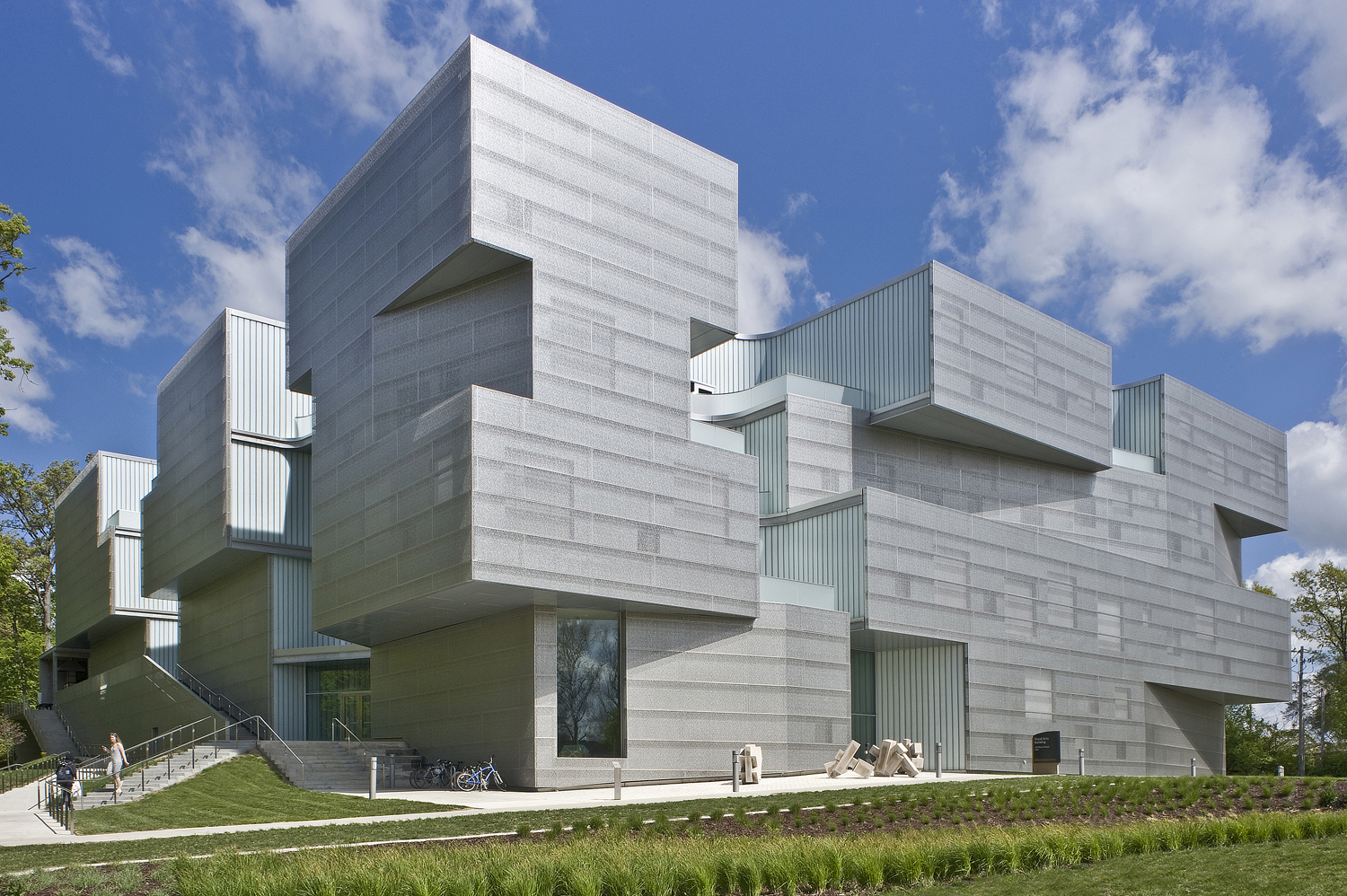 It’s probably safe to say that we all know what Leonardo da Vinci’s “Mona Lisa” looks like.  More often than not, though, it’s because you remember seeing a photograph of her.  But how many of you have witnessed her in real life?  I was fortunate enough to see her in person during my senior year of high school in the mid-90’s and…I was shocked.  She’s tiny!  She’s about the size of a dishwasher.  I guess in my mind I thought she was quite a bit bigger.  Like, maybe the size of a fridge.  Sorry, I’m writing this story in my kitchen right now!  And truth be told, I don’t have a dishwasher.  But how was I to know about the size of the Mona Lisa?  Prior to that moment, I only had a photograph to go by.  And one that didn’t have a human element in it to reference for scale.  I learned at an early age that photography can sometimes mislead you.

Then college happened.  Specifically, my degree in architecture happened.  Scale became something that was very important and a brand new term was introduced: anthropometrics.  There was a reason why door heights and stair treads were sized the way they were.  Five years in the program passed by and I was off to the real world where I could practice what I learned.  I spent eight years at an architecture firm where art was very important – even celebrated.  Twice a year we would feature a local artist in our office and showcase their work.  I photographed furniture, pottery, paintings, drawings, stained glass, and sculptures.  And eventually some architecture.  After eight years…that’s where I started developing an interest in architectural photography.  Now 11 years entrenched into my own business, I have photographed both art and architecture. The following is what I’ve learned.

In my opinion, one thing is true.  Well actually…two things.  A photograph captures a split second of time in its truest form – no matter how beautiful or ugly – whereas artwork (however accurate in its form) is essentially a depiction of whatever the artist chooses to see.  The other truth is a real doozy: as a photographer, I can only capture what physically exists.  Knowing this truth makes it easy to see why some people can be quite dismissive on why or how photography can be considered an art form.  My job is – whether in art or architecture – to translate the intent of the artist/architect and convey the message to the end user.  Think of it this way: A key is needed (in this case a photograph) to unlock the message or idea and make it understandable to the consumer.  Sort of like a cipher.  Ahhhh, see what I did there?  A shameless promotional plug.  I don’t even explain it that way on my website, but maybe I should!

Let’s look at a couple examples – the first one being art.  This interactive bronze sculpture is by local artist Darwin Wolf.  From the artist:

“The ‘Writer’s Garret (Show and Tell)’ represents one of the first steps of a project; brainstorming.  Generally you have to lock yourself away in order to get it all out.  In emptying your mind and getting it written down, you begin to see the enormity of it.  You can become so engrossed in it you don’t notice that it’s filling the room and enveloping you.  And just like people can poke their fingers around in the sand, they can poke at your ideas and have an effect, negatively or positively.  The wooden structure deals more with concepts of thought, open or closed mindedness, to be trapped in thought or to see through it.  The figure suggests many things.  The bulky torso, arms and shoulders mimic the swollen, throbbing messages your body sends you when you’ve sat in one position for hours or even days.  Sand running through the eyes like sand in an hourglass; the long, solitary hours spent in planning.  The sand can also be recycled and put back through the eyes again just as we recycle, rethink and fine-tune our ideas.“

Ok, so there’s the intent.  Now the challenge: how to convey that intent.  First of all, have you ever photographed sand in motion??  If the shutter speed is too fast, the sand seems frozen and you can see every grain.  The motion is lost.  If the shutter speed is too slow, the sand just looks like a solid column.  Again, the motion is lost.  The shutter speed has to be in the Goldilock’s zone – it has to be just right.  Now the camera position has to be considered.  I have to convey the enormity of the situation according to the figure.  No sand pile below the figure’s head might imply that there’s nothing to worry about.  If there’s a large pile below the figure’s head…now you get the idea of engrossment.  Now let’s look at how small the figure’s head is.  Let me just tell you that, in terms of volume, it doesn’t hold a lot of sand!  Basically about 4 seconds before it’s empty.  I wish I had a behind-the-scenes picture of it, but I basically set up a funnel system above the figure’s head that would maintain the volume needed to produce a nice sand pile below the eyes.  A little post production magic to remove the setup and voila!

Now let’s do an architectural example.  From Steven Holl Architects:

“At the Visual Arts Building at the University of Iowa, natural light and natural ventilation are inserted into the deep floor plates via the multiple centers of light.  Seven vertical cutouts encourage interaction between all four levels.  These spaces of glass are characterized by a language of shifted layers where one floor plate slides past another.  This geometry created multiple balconies, providing outdoor meeting spaces and informal exterior working space.  The southwestern and southeastern facades are covered in perforated stainless-steel panels that rest 5 inches away from the zinc cladding and windows beneath. The screens, featuring a pattern derived from the elliptical shapes of the building’s cutouts, modulate light and reduce solar gain where this is most needed, but also offer abstracted surfaces during the day.“

Full disclosure, I didn’t photograph this for Steven Holl Architects.  I was on assignment in Des Moines and decided to take a 2-hour detour East and document some buildings that I liked on the University of Iowa campus.  I knew going in to this venture that sunlight direction would be the key to conveying the exterior cladding of this structure.  Early sunrise would mean intense glare off the metal surface, perhaps hiding the underlying window positions.  Anything past 3 o’clock in the afternoon would mean the sun would be too far past the facade and everything would be in shadow, again hiding the windows.  10:45 in the morning ended up being what I thought would be the correct time to showcase the play of shadows on the sliding plates.  Chasing the sun and knowing it’s position and altitude at all times has become 2nd nature to me.  Sometimes a deep penetrating winter sun is necessary to light up certain interior spaces.  Other times you have to wait until the middle of July before any useable sunlight hits a north facing structure.

Well…did I do it?  Did I successfully convey the intents?  That’s another thing about photography (and art, for that matter).  You’ll impress a certain amount of people, but leave others wanting more.  You could send 10 photographers into an empty room with a statue standing in the middle, tell them to take only one picture, and I promise you that you’ll have 10 different photographs in the end.

Just like painting or drawing, a photograph should be carefully composed, lit, and produced.  Whether it’s art or architecture.  I’m still learning what it means to be a great photographer.  Every shoot has it’s challenge and it’s merit.  And now that I’m also doing architectural videos, the challenges have grown exponentially!  The concept of time is fascinating.  I’m learning when to use a time-lapse video that shows the passage of great amounts of time versus a slow motion video that shows the passage of very little time.  Keep your eyes open for some examples coming very soon!