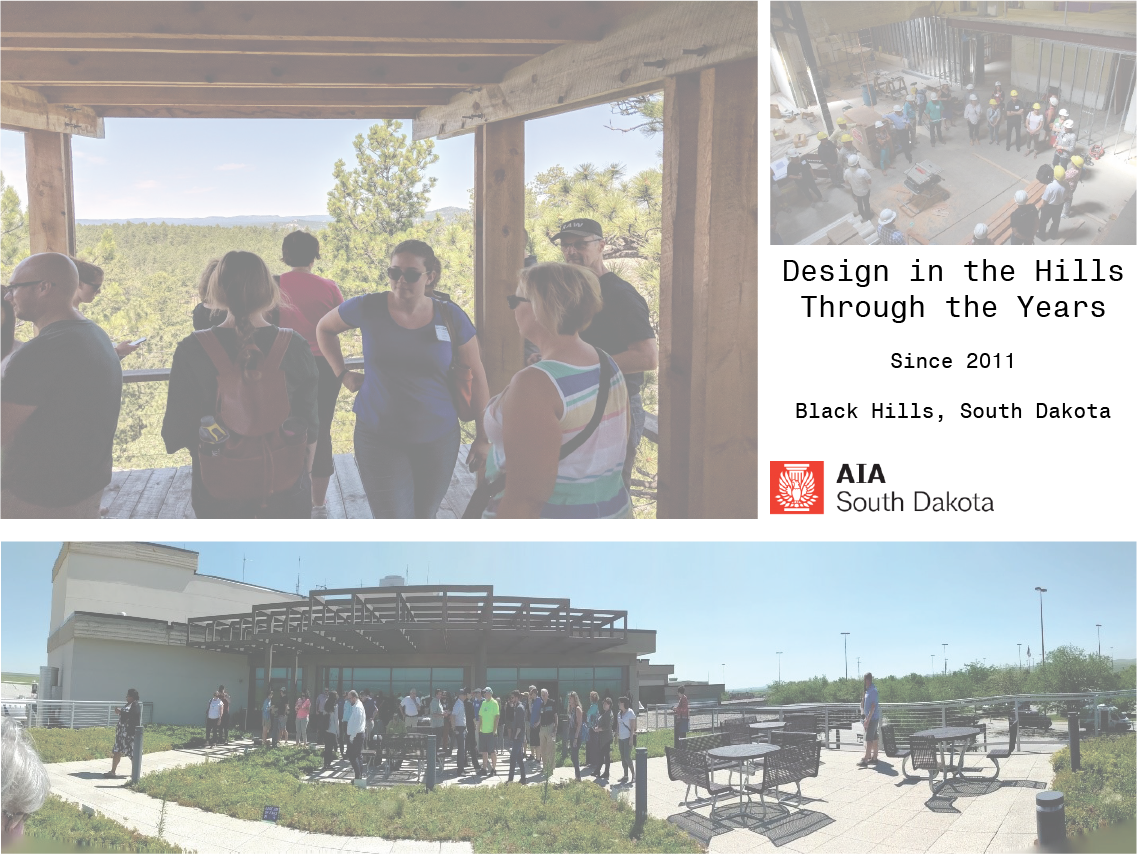 In 2019, Rapid City made its biennial appearance as the host of Design in the Hills. Because of the numerous technologically innovative projects recently completed in Rapid City, the theme of 2019 was “Innovation RC.” The Design in the Hills Committee also decided to try something new in 2019 – a Call for Submissions throughout the region for built works and current research in the field of design innovation.

Our morning started off with a short bus ride to the Horizon Point campus of Black Hills Energy. The group watched some short videos on the new building’s features, as well as some technical atrium smoke evacuation videos from the fire department testing for the group to gawk over (they were pretty cool). While walking throughout the new building, the group remarked on how open and quiet the office layouts are, the technologically innovative feats BHE is accomplishing, and the sustainable features of the building. Our second stop in that part of the city was Monument Health’s new Orthopedic and Sports Medicine Hospital. The group broke off into two groups to tour the new facility’s sports training gymnasium, diagnostic suites, and orthopedic hospital wing.

The final tour of the day was of the green roof system that has been installed at the Rapid City Regional Airport.

An interactive lunch-and-learn was presented by SkyFactory with their on-site display trailer. Strang Architecture made two presentations focusing on virtual reality as a design tool and the design of innovative learning spaces. Strang is the designer of record for the new Ascent Innovation campus in Rapid City. After some great presentations, the group gathered at Zymurcracy Beer Company for some libations, catered snacks, and great conversations. Strang also set-up their virtual reality equipment for the group to understand how virtual reality can enhance the design process with user groups.

Our Friday presentation and design charrette focused around the concept of Aging in Place and Universal Design. The topic was presented by Leacey Brown, a gerontologist at the SDSU Extension. Leacey participated with the teams as we renovated three typical housing floor plans commonly found in the Black Hills. Solutions such as zero-entry front doors, accessible kitchen and bath layouts, and multi-generational floor plans were explored to great success and fanfare.