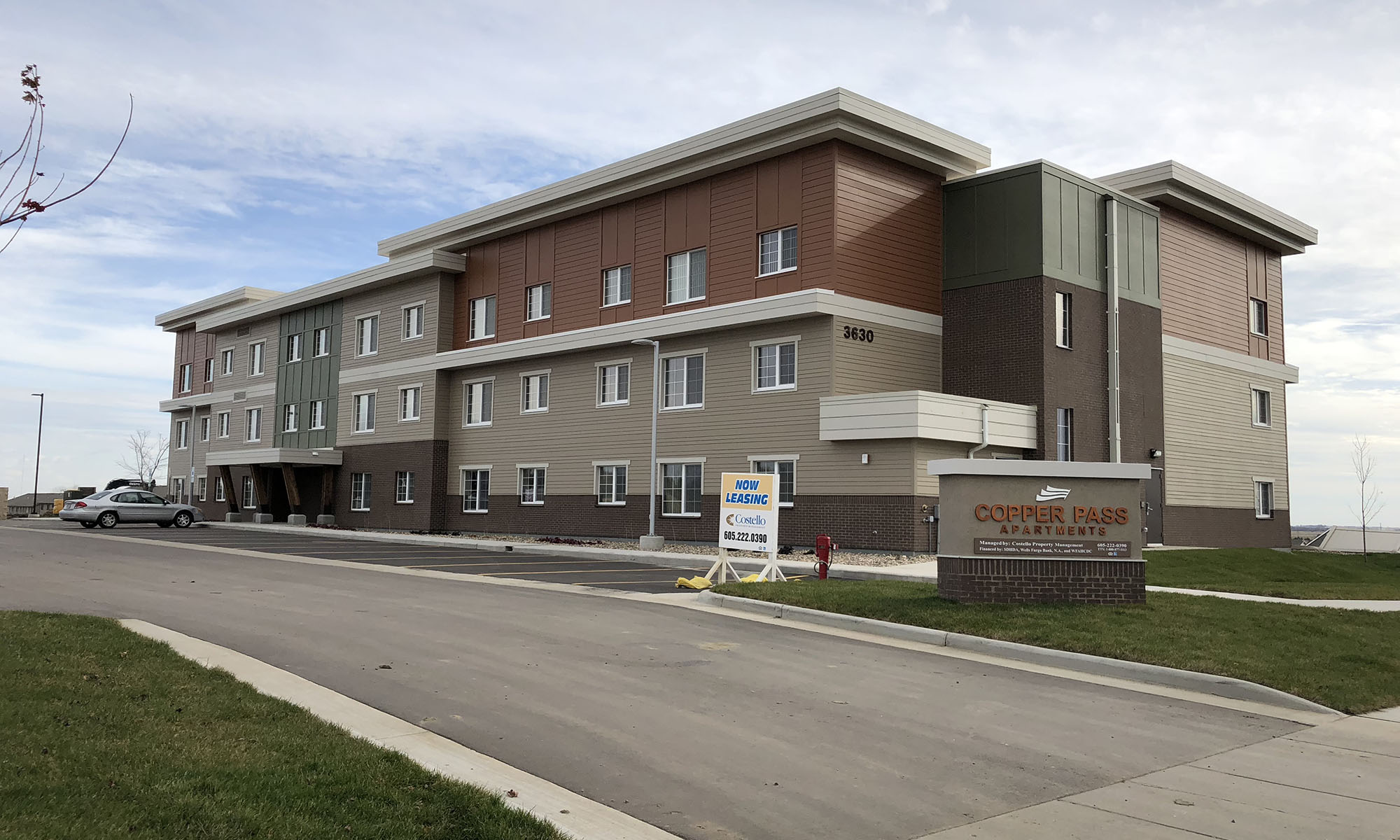 Costello Companies, the developer chosen for this project, had a goal to not just build a Passive House apartment, but to also build a second sister-building, identical in size, footprint and orientation, to meet ENERGY STAR® standards. Both buildings would be used to compare one against the other in construction costs, energy performance, and return-on-investment. This goal guided the many decisions that needed to be made during design and construction to achieve the five principles of Passive House certification.

The five principles of Passive House design are: 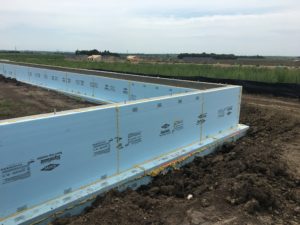 Both buildings utilize a conventional slab-on-grade with a four-foot foundation wall system. What makes the Passive House project unique is the foundation and footings are wrapped in continuous insulation. There are three inches of rigid insulation on the interior and exterior face of the foundation wall, four inches underneath the entire slab and under the footing. Yes, you read that right. This building is sitting on four inches of high-density insulation. It made the structural engineer squirm a little.

As for the walls and roof, the Passive House building needed to achieve a minimum wall R-value of 38 and a roof R-value of 75. To put that into relation to code minimum, Sioux Falls requires R-21 for walls and R-49 for roofs on residential projects. A conventional 2×6 exterior wall was utilized, then 3-inch Rmax ThermaBase-CI™ panels were installed over the exterior sheathing to achieve continuous insulation. The 24-inch roof trusses were blown full of insulation and tapered rigid insulation was installed above the roof sheathing. Due to some roof drainage changes during construction, the final roof R-value came to be an R-106 at the lowest point and an R-190 at the highest. 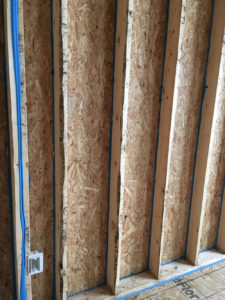 To achieve air tight construction, attention to detail was key when constructing the building envelope. Every seam was taped, from the rigid insulation and vapor barrier under the slab, to the exterior sheathing and Rmax panels. Every hole was filled. If a subcontractor made a penetration thru the exterior envelope, the hole needed to be filled with spray foam or caulk. Even the siding installers needed to make sure the fasteners hit a stud. If not, they needed to remove the screw and caulk the hole in the sheathing.

For Passive House certification, this project needed triple pane windows with a U-value of 0.18 or less and a solar heat gain coefficient around 0.5. To achieve these specifications, the windows were manufactured in Germany by Mavrik Windows. They are tilt-turn style windows which is a common window type used in the European market. A unique Passive House requirement for the windows is the physical temperature of the interior glass during extremely hot summer days or cold winter nights. To the touch, the interior glass should be no more than four degrees warmer or colder than the temperature of the room. 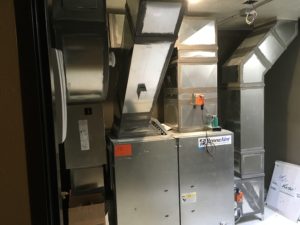 Copper Pass utilizes an Energy Recovery Ventilation system, or ERV for short. The ERVs allow fresh air into the building, at the same time recovering the pre-conditioned exhaust air before it is exhausted from the building. Basically, it uses the heat from the outgoing stale air to warm up the fresh air coming in. And since I’m not a mechanical engineer, I’ll leave it at that.

Because the building is super tight and super insulated, a large heating and cooling system was not needed. Each dwelling unit is heated and cooled using a duct-less mini split. This is a wall hung unit located near the middle of the dwelling unit. To get air into the bedrooms, transfer fans were installed in the walls. It has been said that one can heat a Passive House unit using only a hair dryer. This theory has been tested and it holds true for units at Copper Pass.

So was it worth it?

That’s still up for debate. The construction cost for the Passive House building is roughly 30 percent higher than what it will take to build the ENERGY STAR® sister-building (construction on that building to start this fall). As for the energy performance, data will be collected over the next several years using a monitoring system installed in each dwelling unit of both buildings. Energy consumption and utility costs will be analyzed to see if the higher upfront construction costs and Passive House certification will lead to a quicker return-on-investment. Check back in two to three years for a post about the findings.

Katie Krantz, NCARB, AIA, LEED AP BD+C, CPHC, is a partner at VanDeWalle Architects in Sioux Falls. She received her M.Arch from North Dakota State University in 2008. She lives in Sioux Falls with her husband, son and daughter.