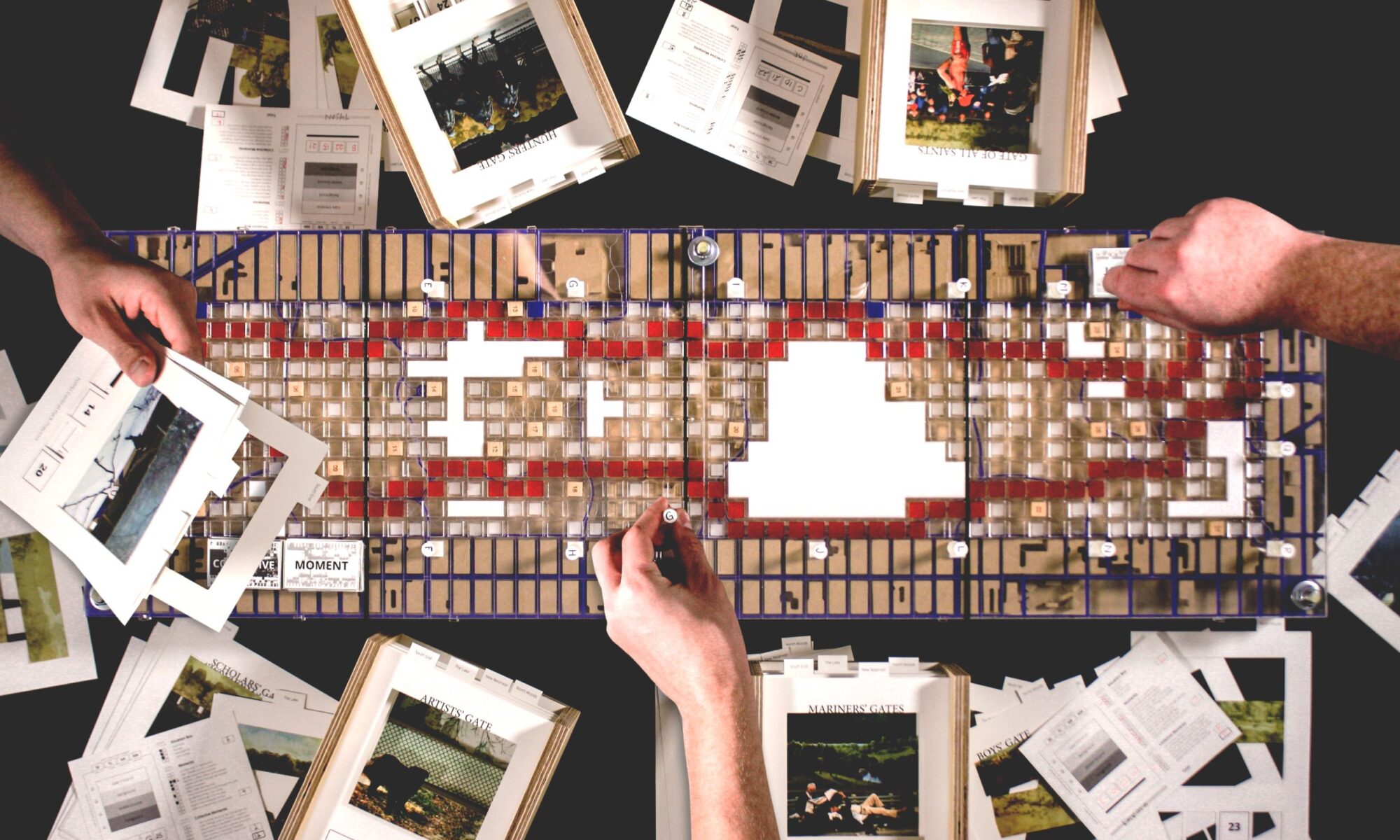 During the Fall 2021 semester the sixth years at South Dakota State University explored their own independent projects. Each student selected their own topic to develop throughout the semester. I also worked through mine during the summer prior as a part of the AIA Enrichment Award Scholarship. The project focuses on the exploration of the making of maps and mediums through the site of Central Park. Part 01 focuses on the intentions and explorations including the first two map types explored in the project.

As defined by Corner, a rhizome map is an open-ended map that connects seemingly unconnected data into points that begin to show direction and movement in relation together. Taking the idea of narrating space through projected experiences in Bernard Tschumi’s Manhattan Transcripts, each moment and situation oriented itself to a geographic location. The exercise was made to find and project the narrative of Hoepker’s photographs. The drawings are occurrences of what could have happened. Most of the moments are not unique to that person but exist in a more collective experience that most people can relate to.

By using the image, context, and experience path, a synthesis of each moment and situation can be better distilled. The image contains personality, weather, and other intangibles that are hard to understand through drawing. The context provides understanding to why people are moving through the space and shows its relationship to the larger context of the Park. After mapping the path experiences into a geographic map, a better sense for the adjacencies of situations and moments emerged into four zones. Each zone, the north woods, new reservoir, the lake, and the south end, have their own personalities and makeup.

Each of the moments and situations found in their zone have a collective sensibility and experience. By understanding the different components and relationships of each zone type a breakdown of moments can begin to form. Deconstructing the images into foreground, middle ground, and background and treating them in a similar manner as the exquisite corpse game a multitude of images with the same sense of collective moment forms. The construction of the new images’ bridges both Olmsted and Vaux images and Hoepker’s photographs because it challenges the focus of the human or landscape. The exquisite corpse begins to describe the place through the selected bank of images. As it beginning to describe the collective sense of space, and image within its zone and relate in a similar manner as the images already used.

The game board map acts as an active rhetorical reference for multiple biased parties to use their experiences to work together and generate something that works for them all. To make this map work the game board had to allow for the parties to learn about Central Park quickly, so the gameboard became a container to describe the finding in all the other maps. By incorporating specific layers of importance, adding a drift like movement and intentions, and using the random assemblage of projected moments and situations, the players have an abstracted understanding of Central Park. The game board also serves to see how people work together to create a collective experience while playing the game. The mechanics of game provide an understanding of how people move and experience Central Park. The game however has a detachment from the actual experiences.

The game acts like a simulation of a situation; it loosely acts like Central Park. The game has more constraints than being in the Park itself which creates a disconnect. The game skews the motivations of the players compared to actual visitors of the Park. However, players get the idea of Central Park but lack a comprehensive understanding the Park.

Mapping the gameplay afterwards adds another layer of understanding to how the players moved and made decisions. Some players took the outer loop. Others bypassed some of the Park for the subway, and others spent most of their time on the footpaths to collect moments. Players that spent more time working together and sharing experiences had generally had higher total points, whereas the person who finished first only won once out of the all the test games.

As a reflection of the different map types and construction methods used, I found the layering map to be the most redundant and conventional. By limiting the scale of the maps, the fragments did not create many connections, but allowed for general understanding and recognition of the Park. The drift map brought into the focus of being human centered. As it does not appear like a typical map, it takes more time to comprehend its findings. The rhizome map worked well to understand the Central Park experience beyond the existing pathways and its designed conventions. The diagram maps framed the users experience to be able to zoom in on a specific moment. The interaction and decision-making process of the exquisite corpse game allowed players to analyze and create their own Central Park situations.

The gameboard acts as the sum of the maps. Due to the distance and focus on the human experiences, the gameplay, interactions, and views became the most important part of the study. The game board was the most challenging map because it relied on people’s knowledge of the site. It acts as the combination of the other maps while providing future opportunities to map the movements and instances of Central Park.

Nathaniel Krueger is a sixth-year graduate architecture student currently enrolled in South Dakota State’s University’s Doarch Program. He is a teaching assistant for both an introductory drawing lecture and a first-year architectural design studio. He has gained internship experience at Allers Associates Architects, Koch Hazard Architects, and CO-OP Architecture.