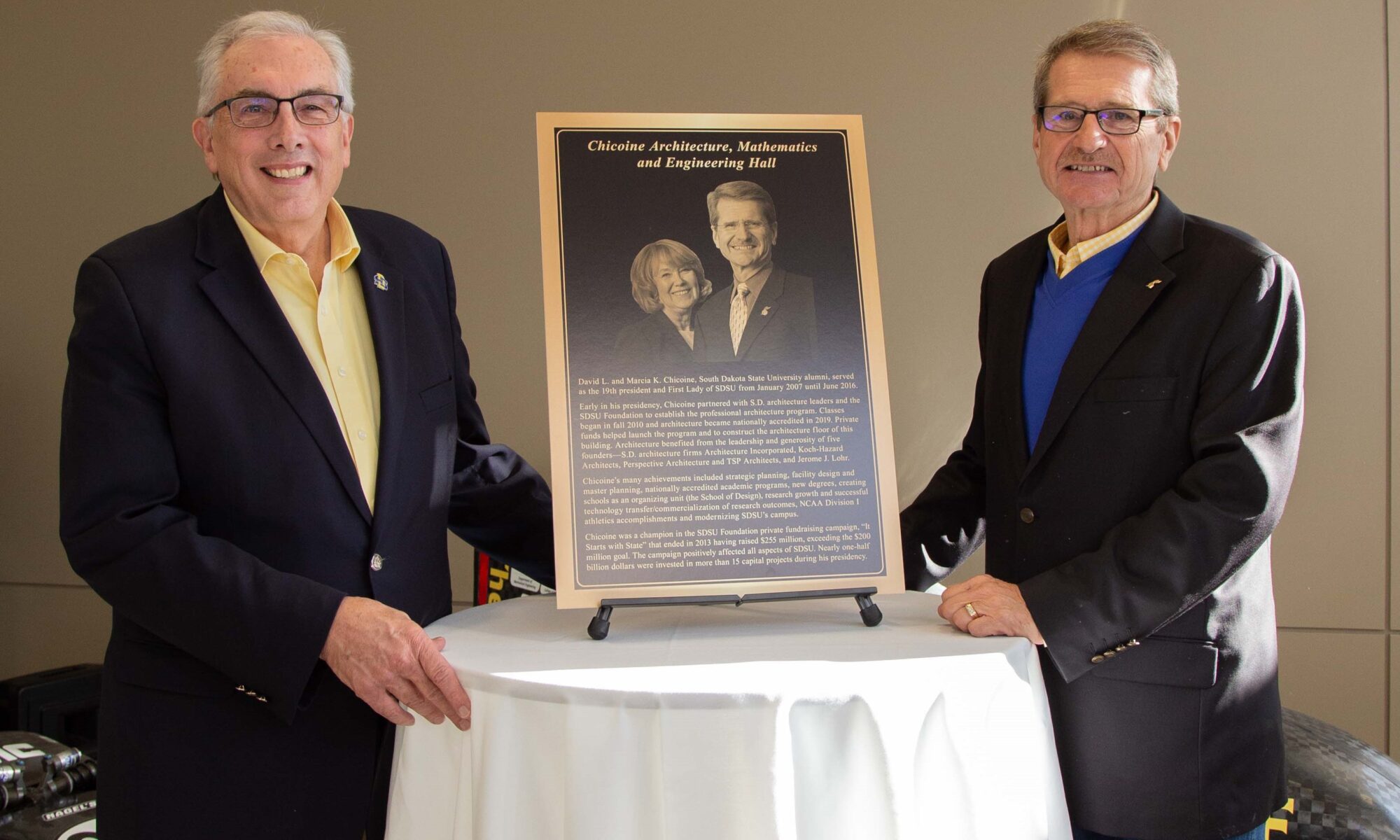 Over the past weekend, South Dakota State University officially celebrated the naming of the Chicoine Architecture, Mathematics & Engineering Hall with a ceremony honoring the 19th President of SDSU. Serving as President from 2007–2016, David Chicoine was instrumental in the founding of the Department of Architecture in 2010 and believed introducing this new field of study could fill an obvious need and draw both established and aspiring architects to the state.

Preceding the much-anticipated SDSU/NDSU football game at the Dana J. Dykehouse Stadium (go Jacks), the excitement in the room was high. President Chicoine and his wife Marcia were in attendance to accept the honor, alongside a room full of friends and co-workers waiting to view the unveiling of the ceremonial plaque. Speakers honoring the former President included Provost & VP for Academic Affairs Dennis Hedge, myself, PhD candidate in math/statistics Cami Fuglsby, and current SDSU President Barry Dunn. A common theme among the speakers was how President Chicoine’s leadership ability, modeled through his actions and accomplishments, led to stronger departments within SDSU, particularly those housed within the new structure.

For those unfamiliar with campus, the 62,000 square foot Chicoine AME Hall sits 3 stories tall with shops for architecture, mechanical engineering, and operations management housed on the first floor. The math & statistics department are located on the second floor, and the architecture department can be found on the third. The building was complete in 2015 at a cost of $17M and serves as a recruitment and retention tool for prospective students and faculty alike.

Spencer Sommers is a licensed architect with CO-OP Architecture in Aberdeen, SD. A graduate of South Dakota State University, Spencer currently serves as president of the Aberdeen Downtown Association in addition to sitting on the board of directors for the Chamber of Commerce and Development Corporation.