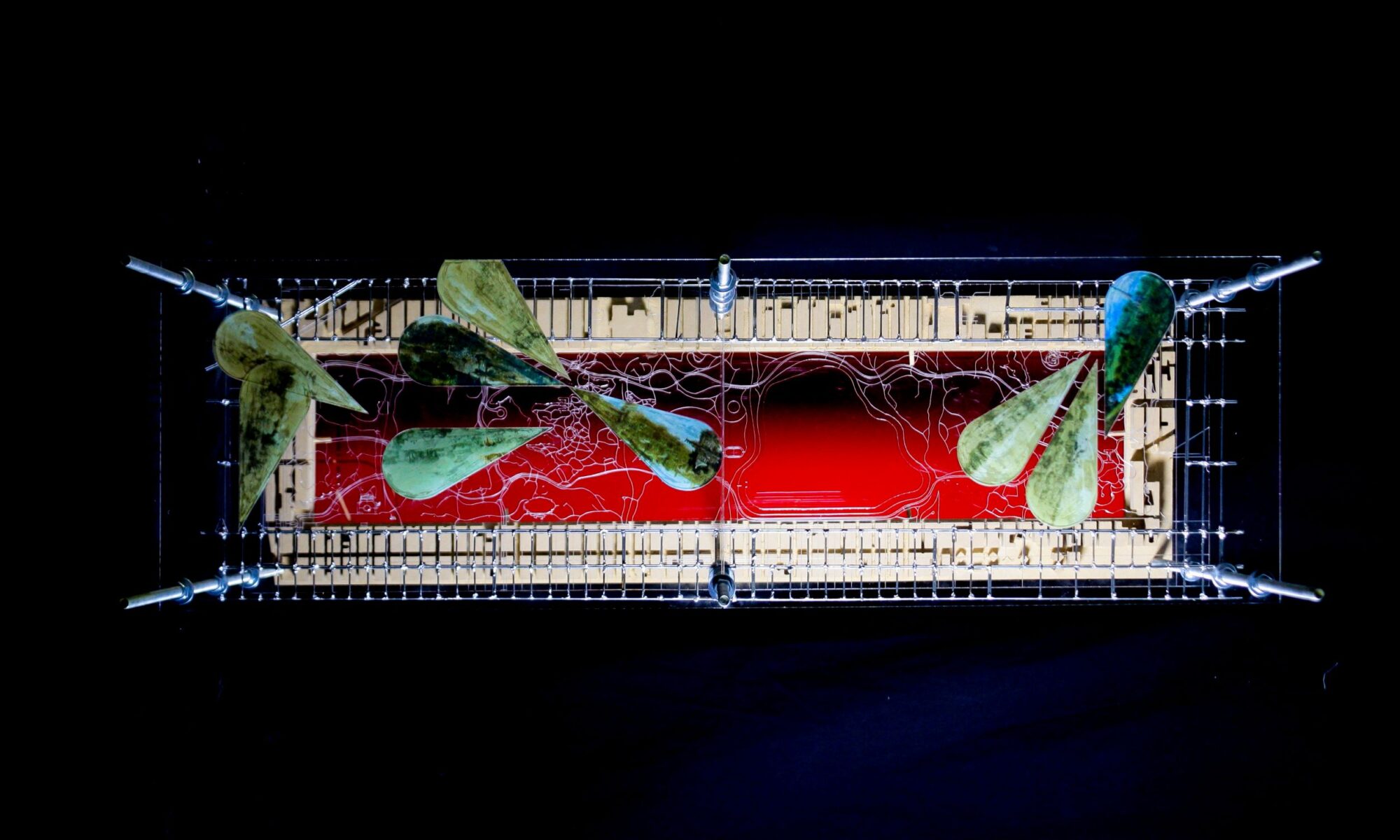 During the Fall 2021 semester the sixth years at South Dakota State University explored their own independent projects. Each student selected their own topic to develop throughout the semester. I also worked through mine during the summer prior as a part of the AIA Enrichment Award Scholarship. The project focuses on the exploration of the making of maps and mediums through the site of Central Park.

The context of Central Park, New York City, New York was chosen because it acts as a container for various movements and interactions in and around the site. The Greensward Plan (1858), designed by Frederick Law Olmsted and Calvert Vaux, worked through a large-scale map and a series of before and after images. Mapping and imaging is inherently a human scale. Olmstead and Vaux worked through both methods to describe the users experience within the Park.

The physical distance of 1400 miles from the site makes for a lack of personal and general understanding of the Park. It made for difficulties in understanding the details and interactions of everyday life, so discovering how people move through and experience space became the focus of the project.

There are a variety of experiences and interactions people have throughout a day. However, moments are the instances that stand out and become memorable. Henri Lefebvre, a Marxist philosopher who developed the critique on everyday life, describes a moment as a unique, ephemeral instance that comes to be naturally. There should be a certain awareness to a moment. Olmsted and Vaux tried to design the before and after images, so that they have a similar quality. A designed moment is called a situation because it exists by human intervention instead of happenstance. The idea of situation originates from the Situationist International, a social and political theorist organization, as a tool for constructing a collective ambiance.

The nine before and after images by Olmsted and Vaux are created situations. The studied moments of the Park are a collection of photographs by Thomas Hoepker, a photographer who focuses on human conditions.

As described in James Corner’s The Agency of Mapping: Speculation, Critique and Invention, mapping is a tool used to create and build space as much as describing and measuring it. Maps are an exploratory tool to discover something new and to build on previous findings. These reproductions of information are considered traces, and to avoid working in this way Corner describes four newer practices of mapping: layering, drift, rhizome, and game board.

These four techniques challenge the traditional sense of mapping. Maps are biased manipulations of information. The maker can hide, reveal, abstract, interpret information in any manner. The studio project uses the four mapping techniques to inform and influence one another instead of isolating them to their own conventions. The maps conducted in this study explore the movements and responses around the identified moments and situation of Central Park. The two map types, layer and drift, were used as explorations of Central Park and were the primary influences of the other maps.

Corner defines the layer map as constructed fragments that can be isolated, manipulated, and superimposed. Layers can be left as is or overlayed to create a new whole. By creating separate layers of the map, it is easier to manipulate in scale and orientations.

The layer map is the most geographically inclined of the four map types because it mostly takes out physical traits from the rest of the context. Through the project, ten different layers were isolated: the Jefferson grid, city grid and footprints, the topography, water, subway terminals, roadways, footpaths, Olmsted and Vaux’s designed situations, and Hoepker’s moments. These ten layers began to form four categories of analysis: grid, landscape, movement, and instance.

The drift map came about from the Situationist International which focused on the person and their circumstance and experiences within a given place. It challenges how and why people move through their surroundings and encourages exploration and wandering. The psycho geographic mapping is based on the humans’ impulses and experiences in the moment of travel. The map describes the personal decisions made in the real world that affect how we understand space based of needs, senses, weather, etc.

Most maps appear from a bird’s eye view and are all encompassing. However, the drift map emphasizes the path and allows for an understanding of journey and experience through the space and is a representation of the performative aspect of wandering. The outer loop acts as a barrier between the inner Park and an intermediate zone that breaks from the city. The loop focusses inward on the large expanse of grass and lakes while trying to hide the towering skyscrapers all around.

Nathaniel Krueger is a sixth-year graduate architecture student currently enrolled in South Dakota State’s University’s Doarch Program. He is a teaching assistant for both an introductory drawing lecture and a first-year architectural design studio. He has gained internship experience at Allers Associates Architects, Koch Hazard Architects, and CO-OP Architecture.