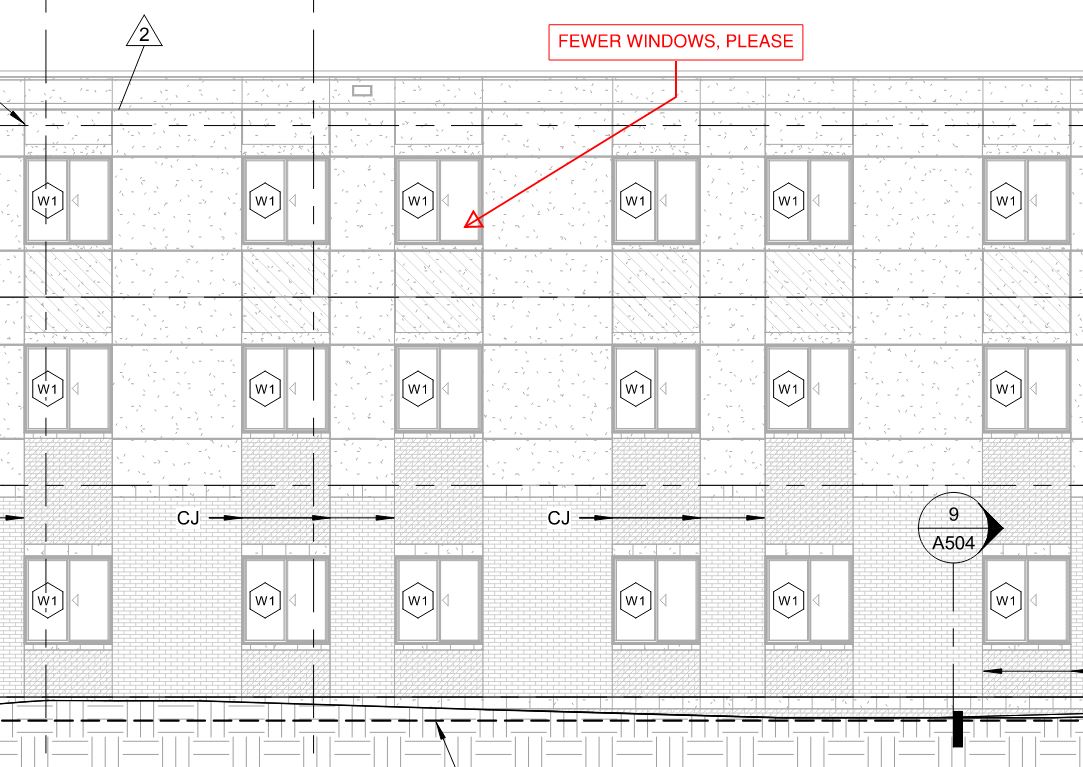 The intersection of money, architecture, and culture.

I’d be remiss if I didn’t do some form of “re-share” on the latest bit of architectural news to cross that deep canyon between the what is architecturally news-worthy and what is more universally news-worthy. That, as many of you have likely guessed by now, is the current design for Munger Hall at the University of California, Santa Barbara. If you haven’t heard about it (I’m guessing most of the architects reading this have), I encourage you to get some background by doing a quick google search. For a quick (somewhat colored) summary, a 97 year old billionaire has donated money to a large dormitory project at UCSB, contingent on that he gets to design it. Munger is not a trained architect and, for starters, his current design does not include real windows in nearly all of the sleeping rooms – something most humans would expect as a no-brainer; of course bedrooms should have windows, right? The architect who resigned in protest from the design consulting committee for the project likely agrees. Again, that issue is just for starters.

As I see it, the whole situation is simply further proof of how important properly trained architects are to society (and for that matter, why a rigorous licensure process is important to ensure that architects understand the nuances of health, safety, and welfare).

Regarding training, and as my “re-share”, I offer the below link, an article written by one of the many individuals who trained me. It provides a good analysis of the issues within Munger’s design, as can be gleaned from leaked plans. The cover image is a bit tongue-in-cheek, but nonetheless fitting.

From a larger standpoint, too much of our society has become culturally relative, one of the issues leading to why Charles Munger believes he is a better designer than most architects, despite having no formal training and despite demonstrating how lacking he is in basics of design process and knowledge, particularly in the most important aspects of health, safety, and welfare. The almighty dollar speaks louder than humanity once again.

Philosophically, I look to the book of Judges (from the Good Book) to summarize the concern over where design interests could be headed, given the direction of this project (and apparent similar projects that have come before it). Throughout that book, it became clear that when the Israelites did not have proper leaders (Judges) to direct their pursuits (spiritual in the situation of the Israelites, an analogy not entirely incongruous with health/safety/welfare in design), they were subjected to their own opinions and whims (and thus sins), ultimately leading to chaos, destruction, and essentially a split of the nation (and later exile). Lamentingly, the book ends in a similar poor state of affairs as it began; “In those days there was no king in Israel; every man did what was right in his own eyes.”

Munger is doing what is right in his own eyes, without taking into account what has been learned from a tradition and profession centuries – rather – millennia old. I hope all you reading can glean something from this, particularly those who are not architects yet make larger infrastructural decisions for your communities, businesses, etc. I implore you to trust the tradition and training of us architects. We didn’t become architects to make our communities worse, we want to make them better, to help people. We don’t need to be “kings,” just respected advisers. We won’t “munger” it up when it comes to our fellow humans.