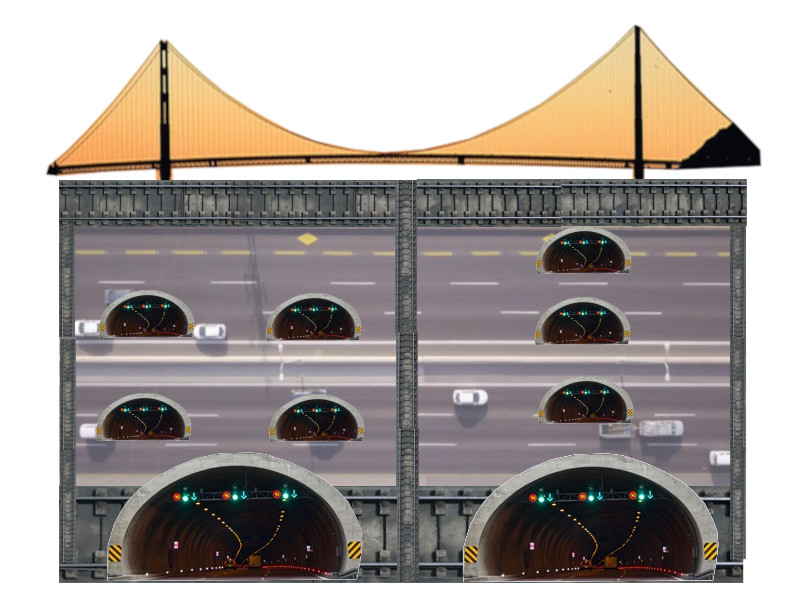 Over 14 years ago, the I-35W bridge in Minneapolis collapsed, killing 13 people and injuring hundreds of others.

Earlier this year, a condo in the Miami suburb of Surfside collapsed, resulting in nearly 100 deaths.

All these events are related. All deal with human-built structures that failed, resulting in human fatalities.

As an architect, I’m trained in understanding and communicating how buildings are supposed to be put together, as directed by traditions, standards, and codes. These codes were developed throughout centuries – even millennia, as designers and builders more-or-less experimented with construction, documenting the successes, and more often than not, the failures. Even the tombs and pyramids of Egypt show a development in understanding as time goes on. Earlier this year the 2021 International Building Code – an architect’s main source of life safety requirements for commercial projects – was released, with Sioux Falls and many other municipalities and jurisdictions looking soon to adopt it, if they haven’t already, addressing new building uses like puzzle rooms or “new” construction types like mass timber.

As a licensed architect, my first and foremost duty is to provide for the health, safety, and welfare of building occupants. Doing this in a unique way that allows occupants to experience, understand, and interface with the spaces around them in a new and hopefully pleasant way is just a perk of the career. That said, when I hear of humans losing lives because of improper standards, outdated codes, or proper procedure not being followed, it grieves me terribly.

Thus, imagine my excitement on hearing of a reinvestment in the infrastructure of this nation, and the definition of infrastructure itself being debated. Could this be the opportunity to really address the deficiencies in the structures people occupy the most- not just our roads and bridges, but rather our schools, our hospitals, our homes, our offices?

Turns out, the answer is “partially.” While the original infrastructure bill had much more dedicated toward the building sector (read AIA’s analysis from August here), much – of course – has been scaled back in the final passed version. Most of the building sector provisions focus on sustainability; energy requirements and energy code adoption in jurisdictions lacking such support for such standards, bolstered funding for the weatherization assistance program, research and incentive for utilization of energy efficient construction materials, and other such similar provisions. You can read about the final approved House of Representatives version here with FastCompany’s overview of the final bill’s contributions to building sector infrastructure.

Don’t get me wrong – this is all well and good. There is a truthful argument to be made about how addressing building energy use (building are responsible for nearly 40% of carbon emissions and responsible for nearly 75% of electricity consumption) is the most important health, safety, and welfare approach out there – failing in our stewardship of our earthly home will undoubtedly cost human lives as we are battered with ever virulent weather patterns and poor air quality. However, it fails to address the pragmatic needs of the building sector out there; life-safety code enforcement, regulation and elimination of loop holes that allow unscrupulous developers, contractors, other institutions1, and unfortunately even some jaded architects to circumvent building code (there is plenty of loop-hole jumping in the Munger Hall posted about earlier this month). Unfortunately, the “pat answer” is probably that such provisions are best left to local government. If so, I suppose that effort is up to myself and other architects:

To continue to promote and advocate for the health, safety, and welfare of the humans that occupy the buildings we design, in hopes to encourage other institutions and those in the building industry to do likewise.

1 The “unscrupulous” tag is intended to identify a small sample of such groups (developers, contractors, institutions, etc.). By no means am I asserting that ALL members of such groups are unscrupulous, just as I begrudgingly assert that there are some architects that may fall into that group.