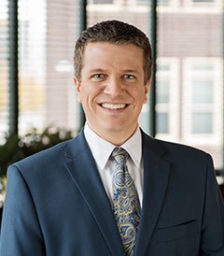 The 2021 South Dakota legislative session convened Tuesday, January 12, 2021.  This year marks the fourth year I have been retained as the contract lobbyist for AIA South Dakota.  As of this writing, there have been a total of 477 bills, 11 commemorations, and 22 resolutions filed between the two houses.  Many of these measures have been placeholders, empty vehicles designed to later be amended into substantive legislation.  With the federal COVID-relief dollars received by South Dakota in 2020, our state has a surplus of one-time money.  As such, there are also a number of appropriations bills, standalone spending measures for specific line items.  State agencies and other organizations have proposed a list of projects and other potential targets for portions of the one-time monies.

AIA South Dakota has identified the following bills of interest to the organization and its members.  For each item, a brief description is provided, along with the position taken by AIA South Dakota.  A copy of the bill and its legislative history is available on the website maintained by the South Dakota Legislative Research Council.

The process of negotiating and lobbying on SB 134 involved a great deal of time and energy on the part of AIA South Dakota.  The bill was first filed January 28, 2021, and the eleven days that followed were a whirlwind of activity on the part of the board, executive director, and lobbyist for the organization.  The outcome of the work on SB 134 was certainly a better bill than was originally introduced.  Ultimately, AIA South Dakota is neutral on the current version of the bill.  However, the organization and its members would have preferred the pertinent statutes in Chapter 5-14 remained unchanged.  The LEED-certification standards provide important energy-efficiency and environmental requirements.  These requirements are intended to save money in the long term for South Dakota taxpayers and students of public universities in this state.  Indeed, when the original statutes were proposed in 2008, testimony revealed that only 25% of state building costs are spent on the front end.  A full 75% of state building costs are paid out over the life of the building for maintenance, repair, and energy costs.  With this in mind, a repeal or reduction of the required certification standards would have an obvious and substantial impact on the costs of these projects.

Following the conclusion of the 2021 legislative session, these takeaways can be discussed in more detail.  In this way, the work on SB 134 will help AIA South Dakota to hone strategies for future legislative advocacy.